In a job I had, the entire company used to be managed by individuals, from the lowest through the highest position, who loved to constrain the work environment in a way that SW developers would consume all their time on everything but SW development. They hired highly skilled developers and paid them as such, but they would then overload the developers with non-development tasks. Developers who were determined on keeping sharp their programming skills would eventually need to leave the company.

Every time a developer vented that their calendar was overbooked and presentation slides, spreadsheets and email client had become their only working tools, I used to tell them “It looks like you fell into the metawork pit”. Some people would catch the term really quickly, but others would stare at me with a face like this: 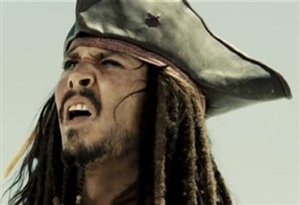 Before writing this entry, I googled a bit and found that others were using “metawork” as a term as well. Just like metadata is “data about the data”, metawork is “work about the work”; some said “metawork is anything you need to do in order to do your work”, which is a pretty over-scoped definition. As a developer, your product is useless if not distributed to your customers so, under that subjective definition, one could easily say that “coding is metawork for a developer, since it’s a prerequisite for performing the actual work that matters: deploying the code to production”, which is pretty lame.

When I coined the “metawork” term, I intended a much more specific definition:

Metawork is each worthless task you do at work that’s guaranteed not to improve your product, career and personal growth.

Let’s consider the next example of a user-story life cycle (for the sake of keeping this post clean, let’s NOT start a discussion of Waterfall vs Agile, this is just for demonstration purposes):

Can you tell which of the tasks above is metawork? Answer is: None of them, and all of them.

If you paid attention to my definition, you have noticed the “career” part. That means that what’s metawork for some, might not be for others.

For example, for SW developers:

It’s very easy to get lost in the metawork pit. Companies should pay more attention on how the money they invest in developers’ salaries is being used (or any employee whatsoever).

Furthermore, when companies force developers to metawork by doing “all possible tasks of a SW development project”, they are actually serializing all work, all the time, meaning that they are deploying less and less frequently, which seriously damages the time-to-market capabilities of any business.

Other examples of metawork [for a developer] are:

You also mentioned something about “product” and “personal grow”, right?

Just think about this: each time a person is hired by a company, they are supposed to be hired for a specific position, for an specific team, for an specific purpose; usually, the hiring contract specifies many of these things.

As a developer, you would usually sign the contract and switch to a new job because the product they work on grabbed your attention and because you think it will help you growing in your career and as a person, right? RIGHT?

But that doesn’t mean that anything outside of coding has to be considered metawork. There are plenty of things at work a developer could do to improve the quality of the product, or to become a better person while still doing work-related tasks.

Sometimes, a developer needs to do a couple of things in order to stabilize a project before making big code changes. Remediating part of the tech debt is a typical example of this; for example, a developer might find no source control management system was being used and that all code was being stored in a         USB stick  cloud folder (ouch, I’m getting old(er)), so he might decide it is required to create a private GitHub repo and upload everything in there, then grant access to the team members, document the “source control check-in process”and train the team on this, before actually doing any new code.

Who knows, one day someone would refer to that developer as “the only person who actually cared about teaching others in the team” and maybe, maybe one day he will get a nice job offer from one of his former coworkers who appreciated his labor.